My latest for JazzTimes — Pianist @JohnBeasley is the Zelig of the jazz and pop music world, playing with everyone from Miles Davis and Herbie Hancock to Steely Dan, Carly Simon and Rickie Lee Jones, arranging music for American Idol, playing on James Bond movie scores, and serving as musical director for Jazz at the White House and International Jazz Day. But it’s his brilliant writing for the Grammy-winning MONK’estra that has won him his greatest acclaim. And he’s got a few stories… https://jazztimes.com/features/profiles/john-beasley-reflects-on-miles-herbie-and-of-course-monk/

It was a total joy to revisit these great sides in my review of the new vinyl box set for DownBeat.

When Don Cheadle and Vince Wilburn, Jr., Miles Davis’s nephew, set out to capture Miles’s life on film, they had to figure out a “non-corny” way to do it. It had to be a film that Davis would have wanted to be associated with – not a traditional biopic.  And they had to get the music right. Which meant that Cheadle, already a competent jazz sax player, had to learn to play the trumpet well enough to play actual Davis solos. The score used a mix of original Davis recordings (Cheadle is playing along, but you hear Miles), and original music composed by Robert Glasper, featuring the gifted young trumpeter Keyon Harrold. For the DownBeat cover story, I had extensive conversations with Cheadle, Wilburn, Herbie Hancock, Miles’s first wife Frances Taylor Davis, Glasper, and Harrold. I loved the film, and I think I’m in good company (see Manohla Dargis’s review in the New York Times). I’d love to know what you think. You can read it here.

Don Cheadle on the red carpet, with his favorite mag… 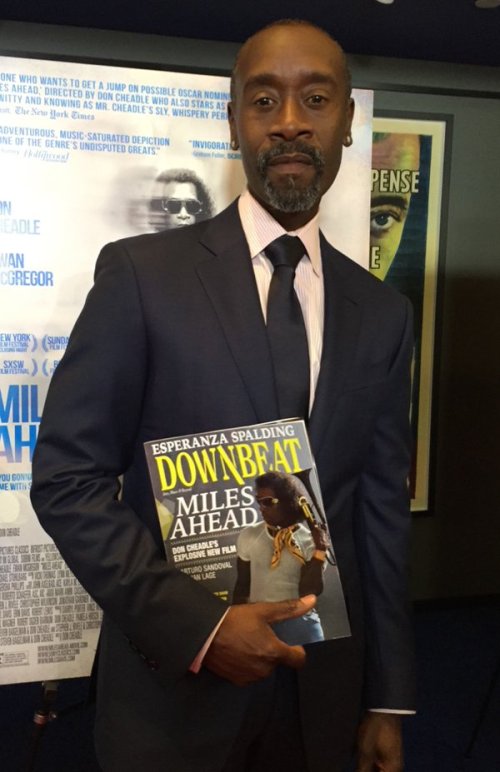 “Miles Ahead” in the April 2016 DownBeat 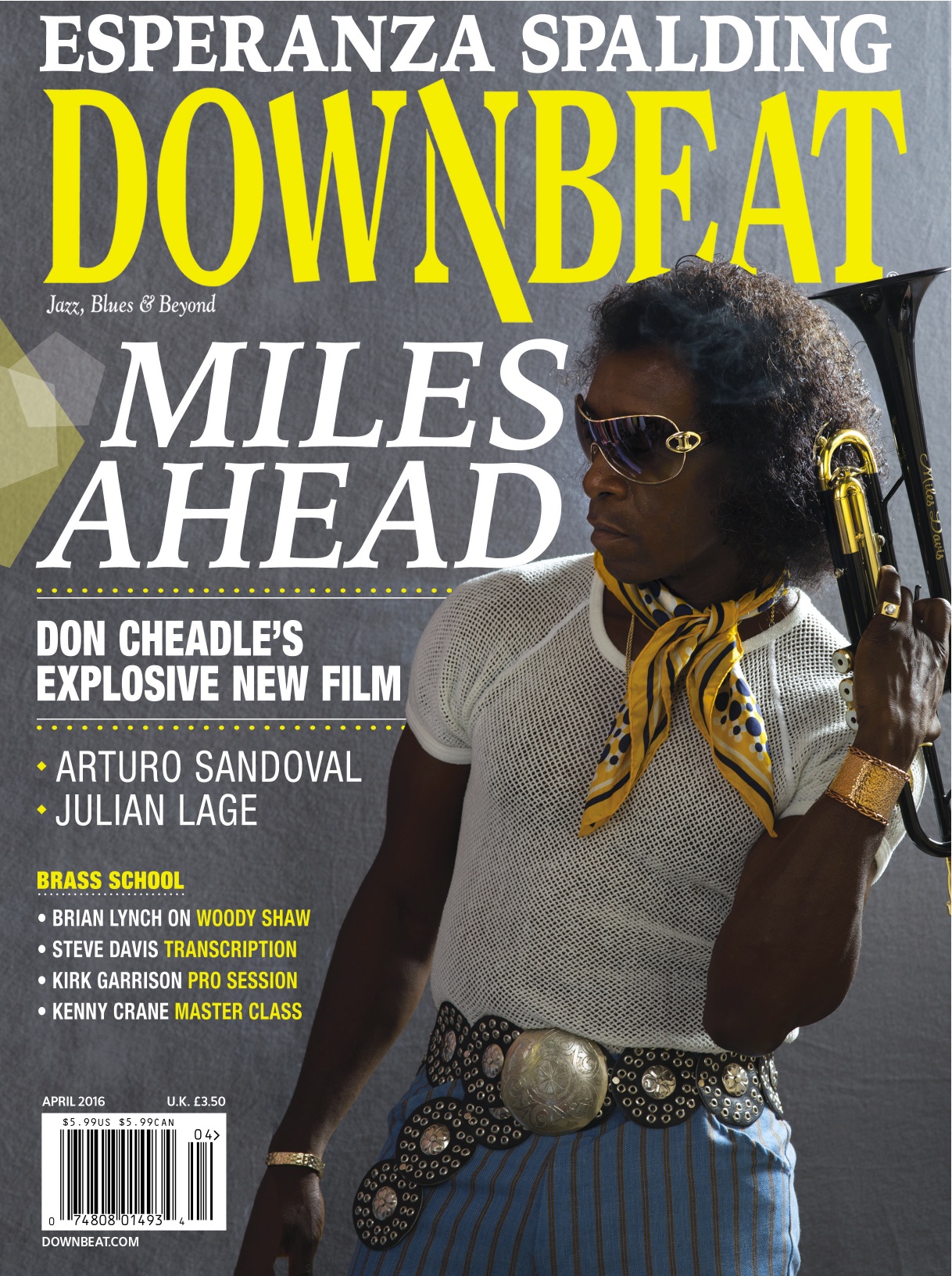 My DownBeat Magazine cover story about the making of the new Don Cheadle film “Miles Ahead” has been mailed to subscribers and will be on newsstands next week. It includes interviews with director/star Cheadle, Herbie Hancock, composer Robert Glasper, and members of Miles’s family. Here’s the cover. To see a trailer for the film, go here: https://www.facebook.com/milesaheadfilm/

The Sound of Film to Come (The Guardian)

Here’s my first piece for The Guardian: a look back on the history of jazz-on-film – the good, the bad and the ugly – pegged to the forthcoming release of two remarkable films about jazz. “Born to be Blue,” with Ethan Hawke as Chet Baker, opens March 25. Don Cheadle’s “Miles Ahead,” about you-know-who, opens April 1.

The article includes a list of my five favorite films about jazz and jazz musicians. The Guardian didn’t have room for my honorable mentions, but here they are:

Don Cheadle on his new Miles movie, “Miles Ahead”

Cheadle is learning to play trumpet for the role.

In his forthcoming film about Miles, Don Cheadle is looking, as Davis did, for an “opportunity to play what’s not there.” My interview with Cheadle is now posted at DownBeat.com. http://bit.ly/1m3EQgB

…about his crowd-funded feature film on Miles Davis, which is about to begin filming. Look for Q&A soon @DownBeatMag.  See his Indiegogo page at http://ow.ly/yr767.