Thanks to everyone who attended my jazz history talks last week on the Queen Mary 2 during its voyage from Quebec to Nova Scotia to New York. I got a few requests to post the playlists, so here’s the first one, covering “The Great Jazz Singers (1950-Present).” 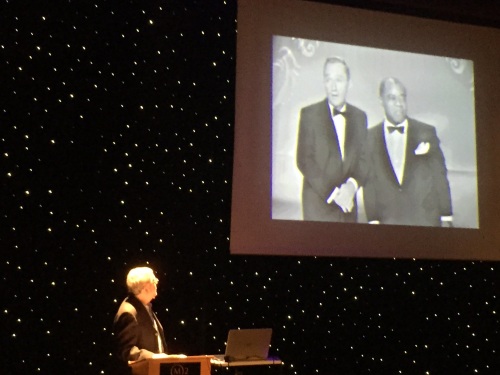 These Cats Can Sing!

These cats sing their asses off! I’ll be telling their story in an article to be posted shortly at DownBeat.com.  The new album, The Royal Bopsters Project features guest appearances by vocal jazz legends Jon Hendricks, Annie Ross (two-thirds of Lambert, Hendricks & Ross), Mark Murphy, Sheila Jordan and Bob Dorough. Can’t wait to hear them live at Birdland this week!