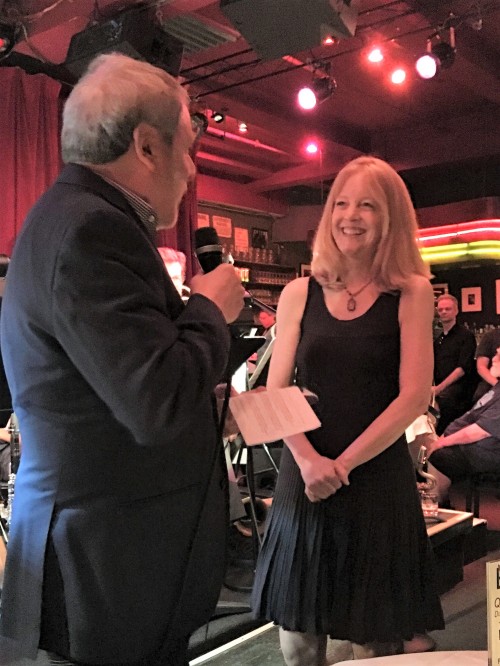 On Thursday night before a packed house at Birdland, I had the privilege of presenting genius composer-bandleader Maria Schneider with three 2018 Jazz Awards on behalf of the 185 voting members of the Jazz Journalists Association. She won for best jazz composer, best arranger, and best large ensemble for the Maria Schneider Orchestra.

If there were an award for best public service by a musician, she might win that as well, for her tireless activism in the fight to get fair compensation for music creators and other artists. It’s a fight that, as Maria will tell you, is far from over.

Maria once told me her favorite compliment that she ever received. A musician friend of hers was driving his 12-year-old son to soccer practice and playing The Thompson Fields on the car stereo. After a few minutes of listening, his son said, “Wow, Dad, I didn’t know there was music that sounded like this.” There is.